SUGARMAN is a boutique personal injury law firm in Boston. SUGARMAN had experience working in a Citrix-based cloud environment with a previous IT vendor but realized a higher level of performance and support was needed.

The firm relies heavily on their IT partner for support so they can place their full focus on their clients. They knew they needed a forward-thinking cloud solution, and SUGARMAN chose Boxtop to meet all their IT needs.

SUGARMAN worked in a cloud-based environment for approximately eight years with another vendor. They were satisfied until the level of support they were receiving began to decline and more advanced technology needs were not being met. Janice Hayes, Firm Administrator at SUGARMAN, said, “As our firm’s top priority is our clients, we need the best and most current technology to handle our caseload. Realizing that technology changes so rapidly, we can’t be static; we have to move forward.” Because SUGARMAN does not have an in-house IT department, it is critical to have an IT partner that offers support, stability, and guidance. They knew they needed a proactive IT partner who could provide strategic technology direction and IT support.

In early 2021, SUGARMAN felt the time was right to look for a new IT partner. They were familiar with Tabush Group because both firms are active in the Boston Chapter of the Association of Legal Administrators (ALA). After having conversations with Tabush Group, Hayes said that “Tabush Group understood our needs, including having a cloud solution that fit our requirements and a support team available to address any issues. They had everything we were looking for.” SUGARMAN decided to move forward with Tabush Group and Boxtop.

The onboarding process began with Tabush Group detailing the needs of SUGARMAN and creating a plan of action based on that. Hayes noted the depth of understanding and resources that Tabush Group has is impressive and she noticed the due diligence in the onboarding process. “I am a firm believer in doing your homework up front so that when things need to get done, they get done efficiently,” said Hayes. “I believe Tabush Group did that for us.”

Tabush Group managed the migration in a quick and efficient manner. Hayes said that “the migration was wonderful and there were not a lot of issues when we went live. We were able to hit the ground running and get our work done from day one.” Among the benefits, Boxtop allows SUGARMAN the ability to work in a user-friendly, mobile environment as they operate using a hybrid office model. With fully redundant systems that are monitored 24x7x365, SUGARMAN knows the IT support they are receiving is top notch and that among other things, security is always a top priority. With Tabush Group, the firm has access to after-hours critical support and a client manager, who acts as their virtual CTO, to offer forward-looking strategic IT guidance.

Another feature SUGARMAN really enjoys is the ability for each person in the firm to submit a ticket via Tabush Group’s client portal. “Before Tabush Group, I was the point person for troubleshooting and submitting tickets for employees. This direct approach results in greater overall efficiency, while giving me more time to devote to firm needs,” said Hayes. “When an issue arises, it is taken care of in a reasonable amount of time, even if it is a difficult resolution.” Staff receive one-on-one support directly from Tabush Group’s Help Desk so they can get their IT questions answered quickly and get back to working for their clients. Boxtop has given SUGARMAN the safety and comfort they were looking for in using a cloud-based service. Hayes said, “We like stability, so we expect this is a good long-term relationship benefitting both the firm and our clients!”

Tabush Group understood our needs, including having a cloud solution that fit our requirements and a support team available to address any issues. They had everything we were looking for. 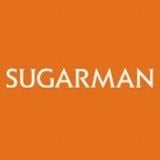 We're a leading provider of virtual workspace, private cloud, and managed IT services that specializes in technology solutions for small to midsize businesses in the fields of law, real estate, construction, investment management, and professional services. Our mission is to help organizations succeed through our passion and experience.