Preparing For The End of Windows XP —5 Steps To Take 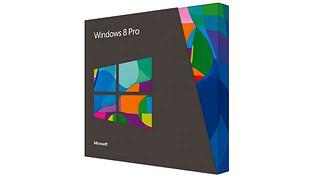 On April 8th, 2014, Microsoft will officially end all support, security fixes, vulnerability patches and software updates for Windows XP. Any PC running on the operating system after April 2014 will be subject to hacking, cyber-attacks, data and identity theft, and network intrusion; both via individual machines and across internal networks.

It’s important for small-to-mid sized businesses to plan in advance, with the end of XP near. For help dealing with the death of Windows XP, follow the steps below and ensure that your business is prepared:

Determine How Many of Your Devices Are Running Windows XP

Assess how many of your business’s devices are running on Windows XP; consider desktops and laptops first. However, Windows XP is used on many other devices as well, including alarm systems, manufacturing and medical devices, lighting and environment controls, and ATM machines.

Decide Whether Windows 7 or Windows 8 is Right For You

If you’ve decided to stick with Windows, keep in mind that Microsoft has revamped the new operating system, and many Windows users have had trouble migrating to it. According to a NetMarketshare report, nearly 45% of PCs run Windows 7, 37% run Windows XP, and only 4% run Windows 8.

The deadline for the end of Windows XP is less than nine months away, and small businesses need a plan to avoid workplace interruptions or system crashes.

Review The Version of Microsoft Office Your Business is Using

Office 2013 was released earlier this year, which means that if you’re using the 2007 version, it’s time to upgrade. Microsoft support says that Office 2010 will continue to be good for the near future.

Once Microsoft stops supporting the earlier Office versions, there will be many security risks, as well as compatibility issues as more of your clients begin to migrate to newer versions.

The End of Windows XP Could Be a Good Thing

The end of Windows XP doesn’t have to be an obstacle for your business. Have you ever considered taking your business down a new path? Considered the possibilities of using other operating systems such as Google, Mac, or Linux? Or looked into the flexibility and cost-saving potential of tablets, and the Bring Your Own Device trends? As technology changes, you should keep your options open and always consider trying new things.

Stuck and not sure about upgrading to Microsoft Windows 7 or Windows 8? Call our team of Microsoft System Professionals today and we can help you make an informed decision.