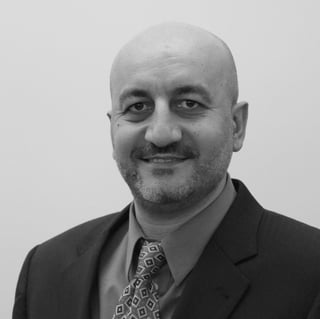 From Turkey to NYC, Mahmut Sarigedik has long since had a knack for IT.

Growing up in Istanbul, Sarigedik credits a variety of situations that helped him follow technology into what is now his career. Throughout his childhood, Sarigedik attended school, and every day afterward, would help his father out at work. “My father was a carpenter; an inventor. I grew up with him at the workshop. He is very hands-on and he always finds a solution no matter what the situation is,” said Sarigedik of his father’s work ethic and character. It was then that he started to learn how to offer solutions to a variety of problems.

Throughout his upbringing, and whenever he had some extra free time, Sarigedik was happy with his own tech hobbies. He tinkered with electronics, mostly computers, by taking them apart and putting them back together again. After a childhood with interests in technology, Sarigedik decided to pursue a degree in electronic engineering from Istanbul University. After completing college, he decided to stay in Istanbul and run his own business for four years, catering to a creative IT perspective of networking and website design.

In 2001, Sarigedik moved to the U.S. to be with his wife, Yonca, and began working with an IT company that he was with until 2004. Beginning in January 2005, Sarigedik joined the team at Tabush.

“I like working with MSPs and the size of the company is perfect for me,” commented Sarigedik. “I learned a lot at Tabush in the beginning, and now I’m trying to giveback. I’m trying to teach the other guys.”

Now, with over ten years of experience at Tabush alone, Sarigedik handles issues with ease. “There’s always a challenge on my desk and I enjoy it,” said Sarigedik. New implementations within the data centers, how to introduce that to the clients, internal issues, etc.—Sarigedik’s CTO responsibilities must be handled with care, consideration, and timeliness. “My main goal is to keep every system up and running all the time,” Sarigedik adds. “Being CTO is how I keep doing everything non-stop with no hesitation, and no restriction.”

When he is not working, Mahmut Sarigedik is with his family in Nutley, New Jersey, where he has been living for the past 9 years. His current hobbies, which have long been interests of his, are playing the guitar and dabbling in photography—he even has an at-home photography studio!

He spends time with his two young sons—one is five and one is almost two—and his wife at the park. “We like going out a lot. We like activities—and they’re all based on what we can do for the kids. My wife is unbelievable when it comes to finding things in the community to do things with them.”